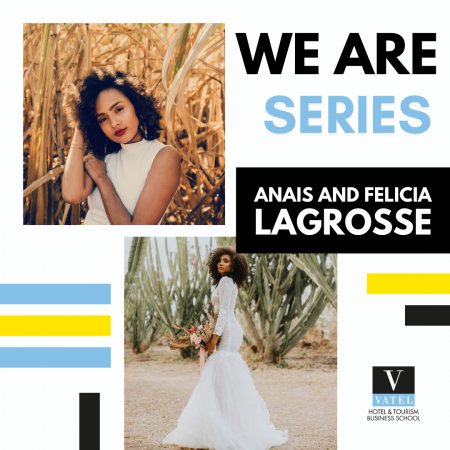 Sister beauties are a rare find in the fashion industry, more so with wit and intelligence. This week, our "we are" series gets bolstered up by the appearances of model siblings - Anaïs and Felicia Lagrosse, both from Vatel Business School Mauritius.

If Anaïs, the elder sibling of 22 years old, has recently been crowned Miss University Africa Mauritius and about to represent us soon at Nigeria, having contested formerly for Miss Universe Mauritius, Miss Creole, etc., then Felicia, aged 19, too, has been on the rise since her start back then in 2018.

Felicia says that she is particularly thankful to her elder sister Anaïs for making it so far in this highly competitive industry. “At Miss Creole pageant whence Anaïs stood out as first runner-up - Mr Chetan Singh, one of the best fashion photographers around, asked if she knew of someone as charismatic and tall as her. Ideally, the model should wear natural curls for his upcoming photo shoot. Forthright, Anaïs thought of me and suggested my name. This was how I earned myself my very first assignment" - she adds.

Ever since, the 19-year-old brunette beauty would deliver photoshoots after the other for the likes of local magazines such as Lifestyle, Essentiel, NewStyle. She has also appeared at leading wedding expos and posed for the Fashion and Design Institute to boot.

In all actuality, the good-looking pair of sisters, originating from St Croix, is endowed with beauty more than skin deep, fulfilling their “Scout” cry during their spare time. Just like other young people, they have a thing for extracurricular activities. As Felicia indulges in her favourite hobby of playing basketball and drawing, Anaïs slams and is particularly passionate about sewing.

Not so long ago or since two months, Anaïs has in fact launched a dedicated hair accessories business called "Mo Ti Rev".  Rooted in creole style, the prices are as low as Rs 25. Anaïs amusingly states that “she is helped in her mundane tasks through her ghost assistant/sister Felicia”.

Luckily for her client followers, Anaïs has other projects in the pipeline such as launching her own brand line of clothing. In the meantime she strives to make a name for herself, she also continues to aspire to become air hostess once she completes her studies. “Initially I had joined Vatel because I knew somehow beforehand that I wanted to be an air hostess but this is not my only objective, I wish to evolve in the management sector and Vatel has really perfected my communication skills”.

Should you wish to buy "Mo Ti Rev" accessories, go to: https://instagram.com/mo_ti_rev

Find your course in 3 steps 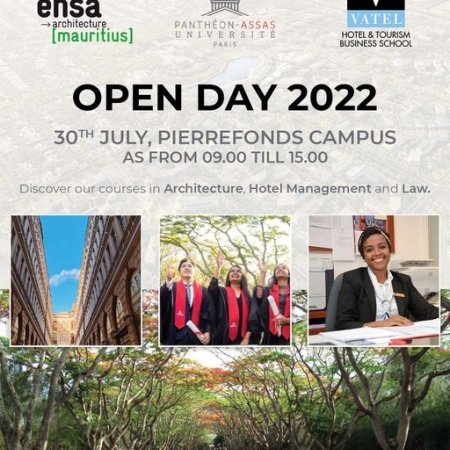 Realising your career aspirations has never been closer to home. Your bright future awaits now at Pierrefonds Campus, an inclusive lifestyle student experience to make you thrive within a supportive, green and diverse learning environment. 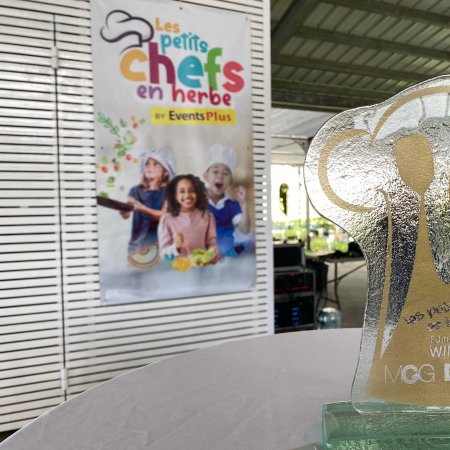 Becoming a chef cannot be improvised. 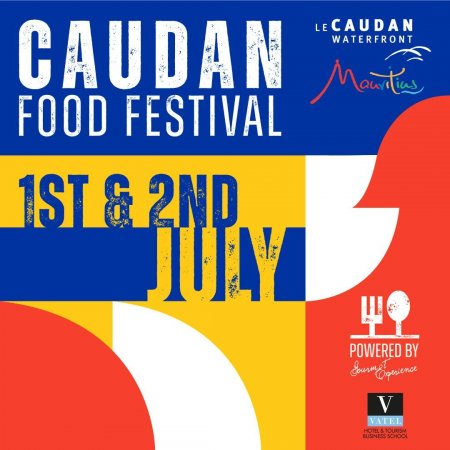 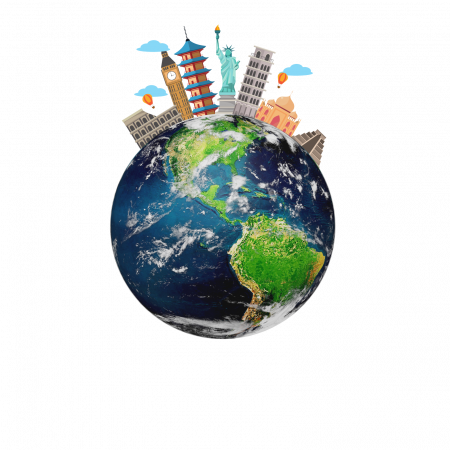 After Covid and despite the postponement of the HSC exams, we are relaunching the Vatel Quiz Inter Collèges. 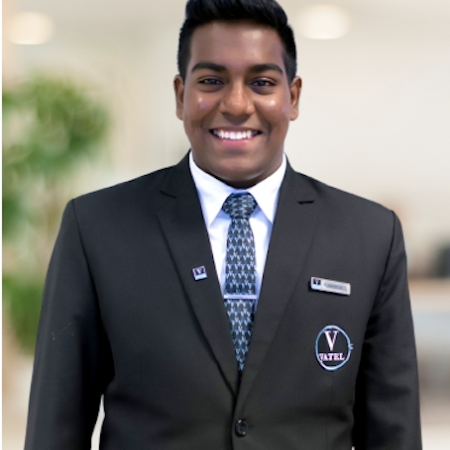 My journey at Vatel Mauritius started back in 2017 as a novice in hotel industry. As I went around and kept discovering the hotel operations and the industry - my path at Vatel rhymed with an overall reassessment of myself. 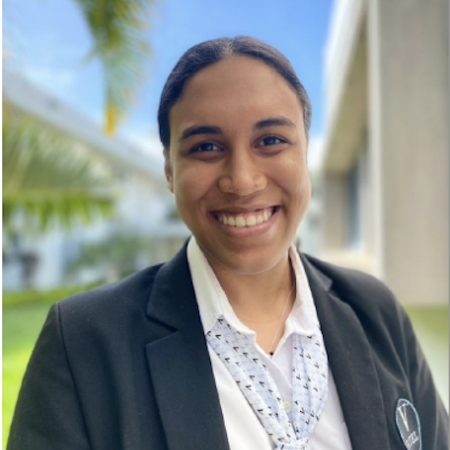 Passionate about travel, gastronomy and new encounters, I have naturally focused on the hotel industry. The perfect balance between studies and practical internships is what attracted me to this institution. 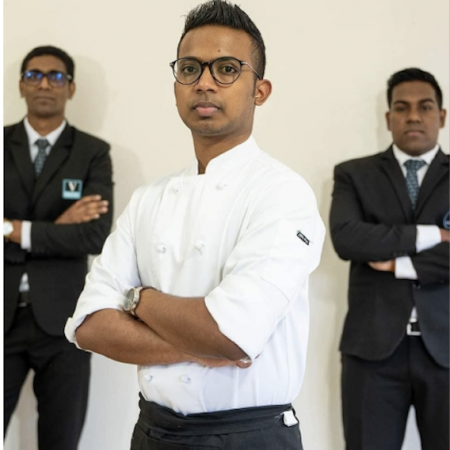 I am 26 years old and a Alumni at Vatel Mauritius, I studied in culinary arts in Perth and I’ve worked in fine dining establishments such as ascot Perth racing, Crown Perth, bistro 2I, silk road, Bentley pines restaurant 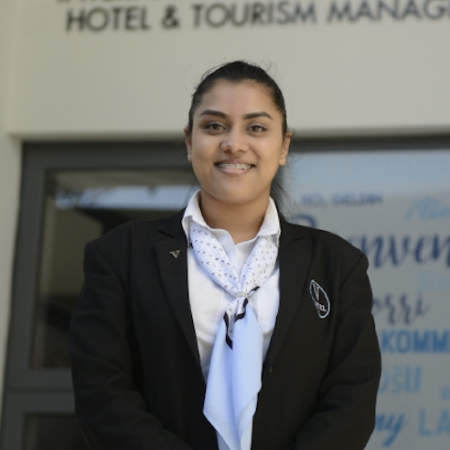 THANKS TO VATEL, I AM STARTING MY CAREER IN THE LUXURY HOTEL INDUSTRY

A soul of hospitality and a heart of humanity is a house full of love, growth and peace. I have always been passionate about the hospitality industry and to be a Rooms Division Director is a dream that I have been carving for years. 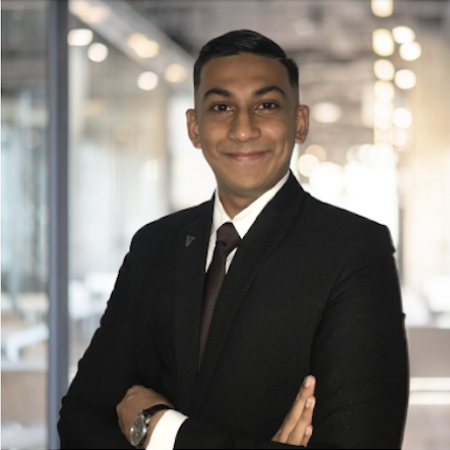 AFTER VATEL, I WILL DO THE JOB I LIKE

I have always been attracted by the hospitality industry since a young age. I decided to pursue my studies in this proactive sector as I know it would allow me to meet new people every day and learn about new cultures to open myself to the world.

This last week of November, 339 5th year students competed in English for 1st place on the podium. 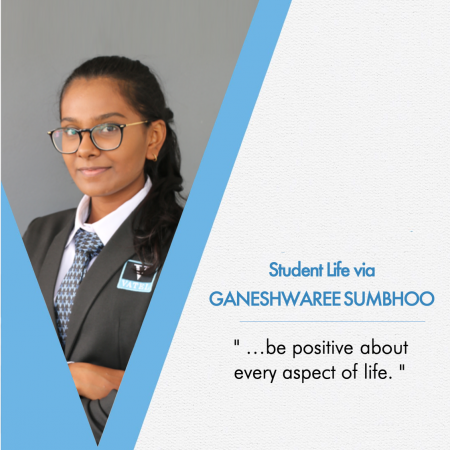 Hi everyone. I am Ganeshwaree Sumbhoo, a third-year middler at Vatel Business School Mauritius. I am someone pretty positive about every aspect of life.

Sister beauties are a rare find in the fashion industry, more so with wit and intelligence. This week, our "we are" series gets bolstered up by the appearances of model siblings - Anaïs and Felicia Lagrosse, both from Vatel Business School Mauritius. 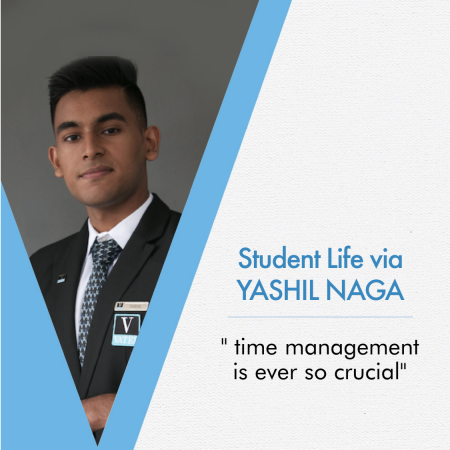 Hello everyone. I am Yashil Naga, a first-year junior at Vatel Business School Mauritius. I am particularly thankful to the editorial team of 'The Vatelian' for this marvellous opportunity given to share a few words with you all. 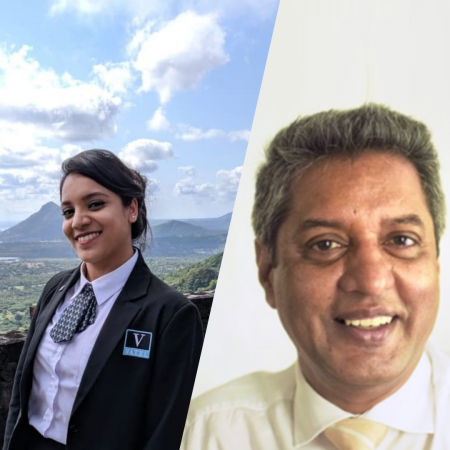 Blessed are those students who earn themselves an internship not only challenging but inspiring. Whilst, on a roll and enviable, are those who get the possibility to learn and evolve alongside their revered mentor. 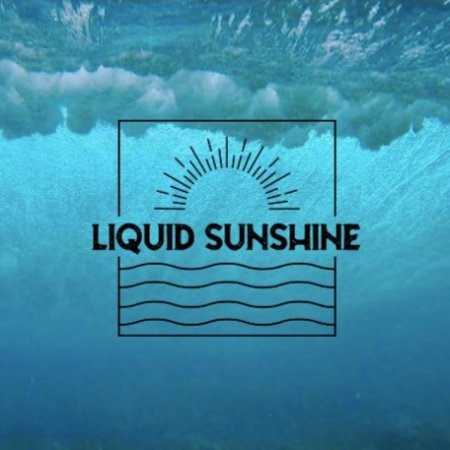 Vincent Berthelot, just another third-year middler of ours, is no brick-and-mortar retailer. Yet, contrary to others, he already aces his line of production founded only last April. 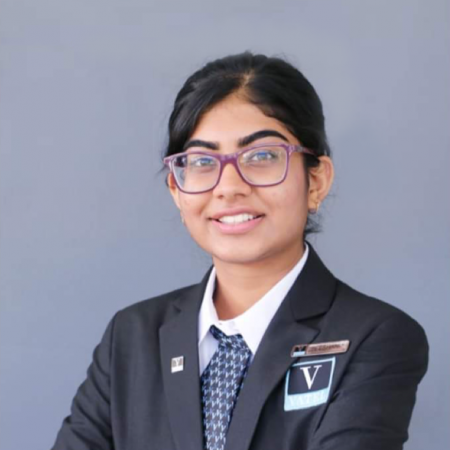 Hello, world! I’m Shania Rampersad, a third-year middler at Vatel Business School Mauritius. Join me as I describe my experience as a Vatel student, how I was open to a rich and thriving journey full of challenges and opportunities so far. 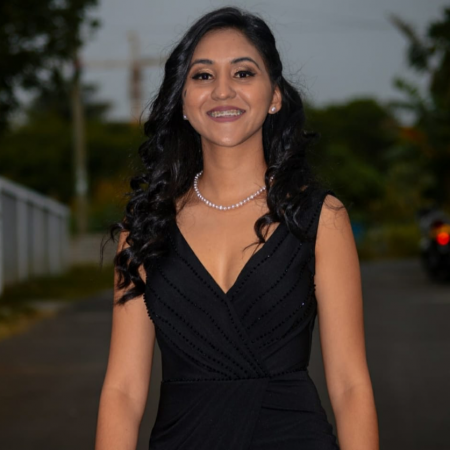 Generous, lively, charming, bright.. we might probably run out of superlatives to best describe the soul about to come to light. 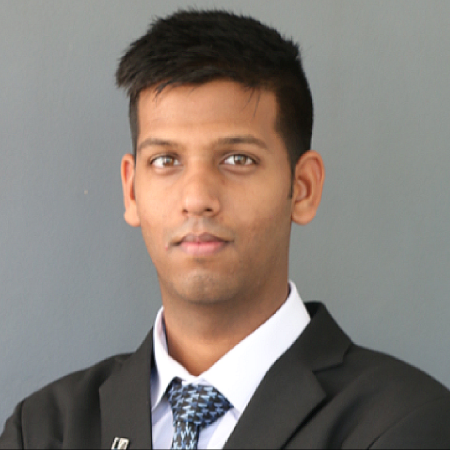 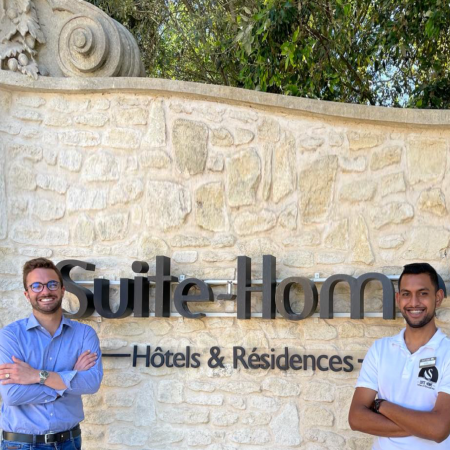 Introducing “we are” series

There's Nicolas Quin, an 18" BA/ MBA alumnus of French origin; then there's Luvesh Dhurmea, a fourth-year senior from Mauritius itself. 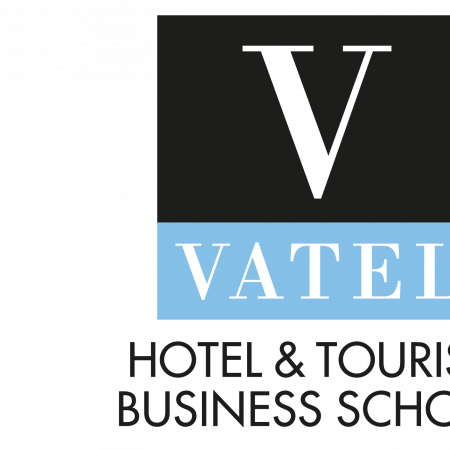 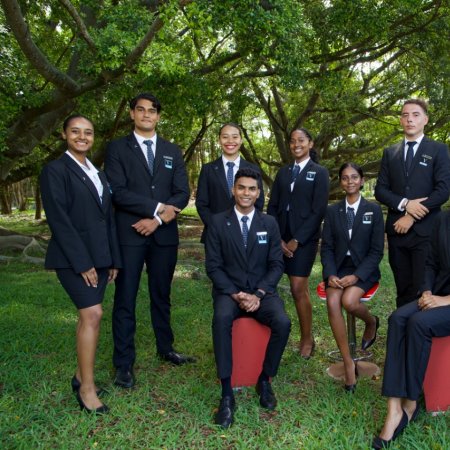 Some 110 students will start university term as from Monday 19th April 2021 and would return to campus for face-to-face learning sessions, as guidance from local authorities allows… 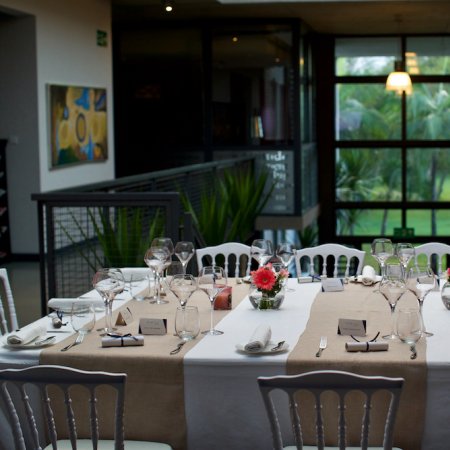 Since December 2020, Vatel Business school Mauritius has launched a new concept called "Be our guest". 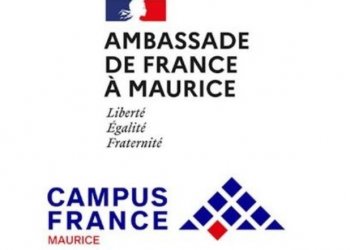 Regional cooperation scholarships for foreign students enrolled in a French course in Mauritius.

Read more
Vatel serves cookies to analyse traffic to this site. Information about your use of our site is shared with Google for that purpose. Read moreOK